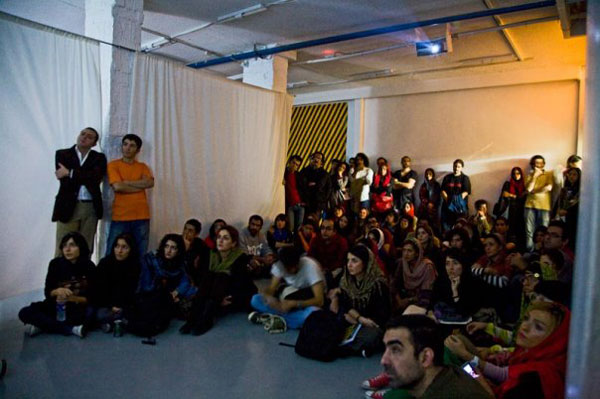 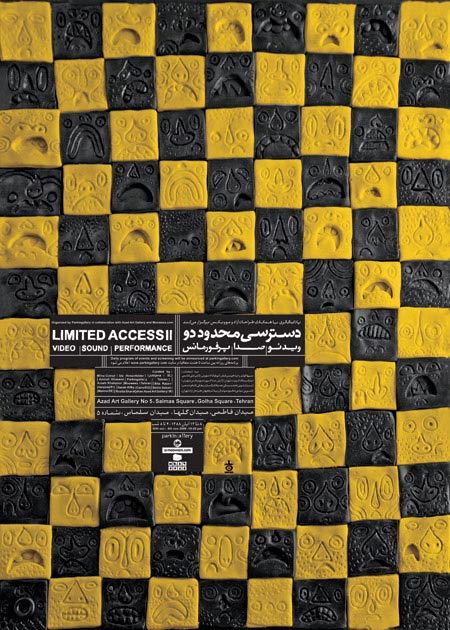 ACCESS TO WHAT? WHAT LIMITATIONS? LIMITED ACCESS sounds like a disappointing title for a project, but in fact it’s not really true, it has a kind of ambiguity within it, which is a characteristic of Parkingallery projects. One should ask : “Access to what?” and “What limitations?” In the past decade, Iranian Contemporary art and specially New Media Arts has been through many ups and downs, either in the time which was temporarily celebrated by the authorities and officials, by a considerable budget and space, without necessarily establishing a constant and appropriate structure for its survival in future, or when it visibly slowed down its development at least outside of the unofficial and private circles of artists in the recent years. And as we speak the numbers of curators and art lovers who are frequently visiting Tehran, for various reasons and intentions is highly increasing, specially now when the international Media zoomed more than ever, on Iran. The Art Market despite recent hiccups is heating up by its discoveries of middle eastern and Iranian art shows from LA to Dubai, filled with repetitive names of superstars. Meanwhile there is an independent creative scene which is emerging and is undoubtedly hard to track and describe, as its variance and its continuity lies in its anonymity. In the absence of an inclusive reference for a proper research on multi fragmented Tehran art scene, most of the attempts which has been done to map and document the scene, remained unfinished and to some degree clueless because of the intentional shifts toward the art market and/or falling into the traps of tribal self promotional concerns of few. LIMITED ACCESS therefore tries to gather and reconnect the artists from all disciplines to each other and reestablish their link with their emerging audience. As we believe that what is labeled and being marketed as “Iranian contemporary art” to the art world is quite known and accessible despite all propaganda, as many individuals and collectives are paying their dues for its exposure and growth internationaly, even by conflicting objectives and means. What is really missing here is a local platform, which though its structure, experiments in New Media can be seen and discussed , beyond the closed circle of the artists practicing it. As delayed echos of such phenomenon, often passing through mediums like Internet, books and other medias might turn the viewer into a passive consumer rather than a critical observer. These limitations could be caused by many factors, from the imposed sanctions to unofficial boycotts, to the emergence of market-oriented attitude among artists as a result of periodic temporary reception of Iranian art all around the world, beside as some other may put it, the fact that contemporary art is being rarely mentioned in the mainstream media, ignored to some extent and not supported any more. All these excuses are not enough to prevent us from taking the current moment for granted even if it would seem hopeless to many, and shape the future by observing and learning from it.
Amirali Ghasemi, Parkingallery Oct 2009