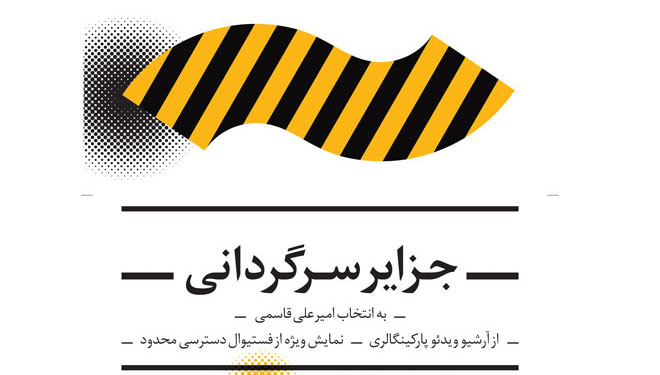 “The Wandering Island” was first introduced as part of the exhibition LIMITED ACCESS II at Azad Gallery
– Tehran in 2009. The selection aimed to propose a panorama of experimental video works while staying away from a thematic approach or forcing a narrative.The current edition of THE WANDERING ISLAND(S) is designed to act as an open platform for various disciplines and voices within the Iranian new media sphere, uniting people and their work in spite of the geographical distance between them and their varying fields of work. The program which has been shown at Aaran Art Gallery Tehran,during LIMITED ACCESS FOUR  in Jan 2013, puts together works in a floating constellation, gathered to expand the borders of what we know as Video Art. These WANDERING ISLAND(S) are neither attached nor standing apart from each other, yet communicating through many invisible interconnecting paths.
Aban Art Gallery: No. 7, ninth Vakilabad St. Mashhad
Opening Jan 24th, 2014 – 17:00-20:00
Daily visiting hours: 10:00 – 12:00 & 17:00-20:00
Gallery is open on Fridays.
Contact: abanartgallery@gmail.com